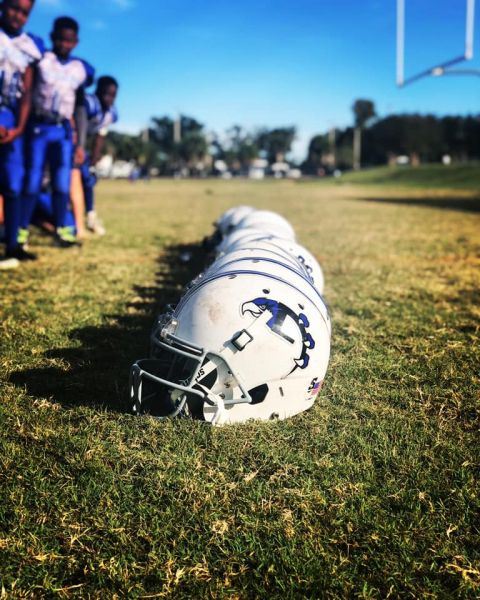 Our organization began as the original Apopka Lions under the Central Florida Football League (CFYFL). Starting with just 1 team, headed up by Coach Keith Ussrey, the Lions went undefeated in the inaugural season of the league. By season two our association had grown to five full teams/divisions, and had gained a reputation for solid football and excellent coaching. We were pleased to have join our ranks; former NFL tight end, Coach Jeff Spek, former NFL player, Anthony Fieldings, Coach Eddie Williams, and coach Tim Davis. For the last several years our organization has continued to be one of the best coached and most competitive in Central Florida.In 2010,  all five of our teams advanced to the playoffs, three teams won the Future Bowl championship, won the Southeast Regionals, and advanced to the AYF National Championships. Our 4th grade team led by Coach Tim Davis won the national championship in their division. Our 7th grade team led by Coach Eddie Williams, placed 3rd in the Nation, and our 8th grade team also placed 4th in the nation.At the end of the 2010 season our organization felt the time had come to move in a new direction. In order to maintain the same high caliber of football excellence, community involvement, and the mentoring of our young student athletes and cheer squads, we needed to operate as a more independent entity. We also were presented with the opportunity to align ourselves with one of the most respected youth sports organizations in the country, the Amateur Athletic Union (AAU). With this new direction comes a new name, the Apopka Raptors. The name change gives us a closer bond to our local High School and the community.Our board of directors prides itself on not just developing good football players, but developing well rounded, educated, young men and women.Go Raptors!