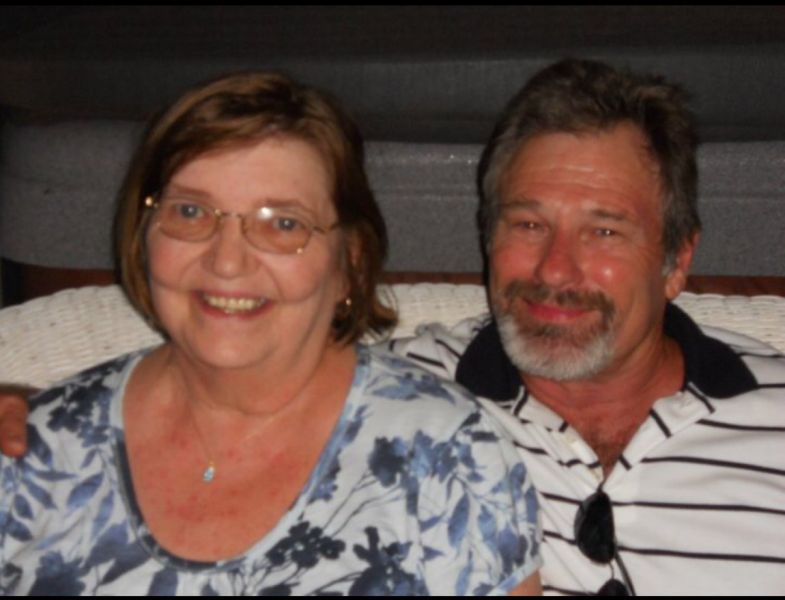 On Sunday, August 7, 2016, Emily O'Neal went home to be with our Lord. She was an amazing wife to Ronnie Sr., and an amazing mom to Ronnie Jr., David, and Brian. Emily was also a sister, a friend, and a mother figure to many kids who hung out at the O'Neals house while growing up. Ronnie Sr, now faces living without someone he has been married to for over 48 years.

For those of you who don’t know, just 3 months ago, Ronnie Sr. started noticing that Emily had some small challenges with keeping her balance and would sometimes stumble over things she never had issues with before. After visiting a doctor and running tests, they discovered a large tumor on her spine that was also an aggressive form of cancer. This was the culprit causing her balance issues. Ronnie took her to several specialists at Emory and Piedmont and the doctors had a very difficult time in determining the exact cancer type. However, in the past month, they agreed on a treatment plan that started with massive chemotherapy and radiation to hopefully stop the aggressive growth of the tumor. In the process, the chemo weakened her immune system in such a way that it caused her to get secondary infections throughout her body. Additionally, she had a heart attack while in the hospital during her treatments. She was in severe pain for the last few days of her life. Ultimately, after fighting as long as she could, she passed.

When Emily initially got sick, Ronnie could no longer leave her side. For the past 3 months, he has been unable to work while constantly caring for her. He has exhausted their savings on co-pays and gas, driving over 200 miles daily sometimes, to see different cancer specialists.

The O'Neal family is heartbroken, especially Ronnie Sr., and they already miss her greatly. I am reaching out to those who know her or want to help relieve the financial strain on the family that is over $20,000 out-of-pocket, after insurance has covered their part. This fundraising campaign will help cover her medical bills and funeral expenses. Please donate if you can and share the fundraiser with anyone who knew any of the O'Neals. If you are unable to donate, prayers are greatly appreciated for the family, especially Ronnie Sr.

**All donations are linked to David O'Neal and the family directly.

Adam Camp (friend to David, Ronnie, Brian, and the O'Neal family for over 30 years)

This is a donation given by Audra Oneal's coworkers at Caresouth Home Health, an Encompass Company. We are very sorry for your loss. You and your family are in our prayers.
$ 100.00

In deepest sympathy. Many childhood memories include the O'Neal family. Keeping you in prayer.
$ 25.00

So sorry for your loss. Keep your memories close to your hearts. She will be with you. Sincerely, Karen
$ 50.00

Sorry for your loss. Your family is in our prayers. Love, Alan and Tina Hasting
$ 100.00